You are here: Home » News » FAQ » 1: How to set the address if several expansion modules are linked together?

1: How to set the address if several expansion modules are linked together?

means the switch position
The expansion port of CPU must be open when the using extensions for EXM series CPU(The default status of the expansion is close, because it can be applied
to RS485 module if RS485 communication module is connected). Following is tell you how to open the expansion port:
You shall first select the FUNCTION PAGE.                1. Press

key to select “on”

You also can open the expansion port for EXM or ELC-12-N cpu with eSmsConfig, after the communication is established between EXM and eSmsconfig, you can click
the menu Tools->Set Extended module, then tick up Extended module option, the eSmsconfig will show “set ok”, then recycle the power supply of EXM cpu. 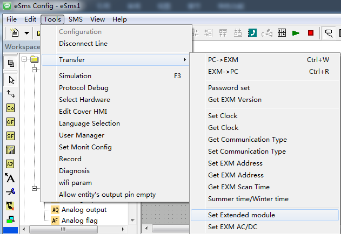 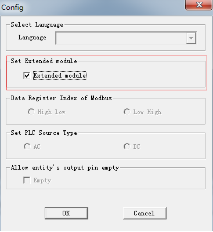